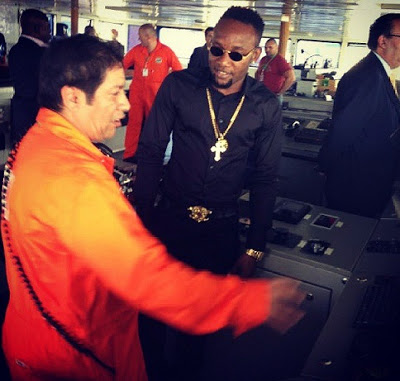 Fans, friends and colleagues of entertainers who seem to have hit it big in the industry have found a common topic they have recently grown passionate about and this basically borders on ‘the lavish lifestyle of the entertainers.’

It is now commonplace to read about celebrites buying brand new Range Rovers, Mercedes Benz’ and even Bentleys. Some spend heavily on local and designer fashion; fly private jets and stay in hotel suites fit for Arab royalty.

The big question is ‘Are these entertainers investing alongside this lavish lifestyles?’ I have also asked a few if they realize that only a mere 1% will stay relevant and hit keep generating the revenues they generate today in five, tops ten years. Hence, the need to invest so they do not ever have to beg for bread again.

KCee formerly of the group ‘KCee and Presh’ is one of the few artists who have tasted wealth and afterwards a sting of irrelevance before getting a second chance when his track ‘Limpopo’ shot him back into the limelight and it seems he has learnt his lesson…at least from the reports we have learnt so far.

The Limpopo crooner was pictured aboard a friend’s oil vessel in Lagos recently and rumour has it that he is going into the oil business with his millionaire brother, Emmy Okonkwo. They are reported to have already ordered oil lifting equipments which they plan to rent to companies.

We wish KCee the best in his new venture and can only hope that other entertainers will take a cue from him.