STARCOMMS ‘The Listening Network’ endorses NNEKA for their “Hear For You” Campaign.

In a press conference on the 31st of January, 2011, Starcomms revealed the soulful singer as its first ever brand ambassador.

Starcomms has stated that the brand endorsement is not a re-branding of Starcomms but an affirmation of what Starcomms is really all about.

Starcomms fresh new campaign comes with a new payoff line “Hear for you” emphasizing that Starcomms is truly a listener of its users and clients.

Starcomms described NNEKA as one of the most talented Nigerian singers and also described her as an artist that aptly represents a listening ear which is true to the new Starcomms tag line.

Artist NNEKA who recently won “Young Person of the Year” at this year’s Future Awards is truly an artist on the rise and is the first woman to be chosen solely as an ambassador for a telecoms company in Nigeria.

NNEKA’s music range from deep soulful ballads like her “Confession” tune to modern reinventions of the UK sound to funk-driven Hip Hop.

Even though she sings more than she raps, she claims Hip Hop as her primary musical roots and an important source of her inspiration.

NNEKA’s accomplishments in 2010 ranged from television performances on the David Letterman Show, to Performances at the Lilith Tour, to touring with Nas and Damian Marley to performing all over Europe and Africa. She was also nominated Best Female at the MAMA Awards 2010.

NNEKA and her music have been featured in high profile publications both locally and internationally.

Starcomms chose NNEKA because she represents a new & progressive Nigeria that needs to be heard; a Creative, Innovative and progressive new youthful generation who are the future.

NNEKAs year has kicked off fairly well with her new endorsement and has a lot more down the pipelines for her listeners and fans.

NNEKA wishes to use the Starcomms platform as a vehicle for the better good of Nigeria including her foundation (ROPE) which seeks to tap into creative qualities of disadvantaged children in Nigeria/Niger Delta Region and Starcomms will be supporting NNEKA in this endeavor. 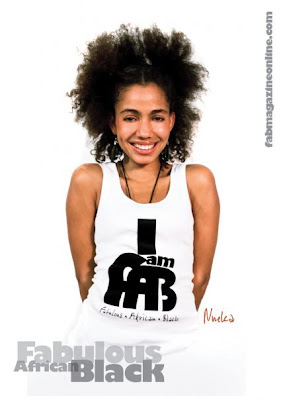