Pop star Janet Jackson’s gig today at the Indiana State Fair was abandoned and the same goes for invited country music group Lady Antebellum as a result of a stage crash horror that took place on last Sunday. Meanwhile, others supposedly performing for the fair tomorrow are Maroon 5 and Train but organisers have arranged for them to perform at Conseco Fieldhouse in downtown Indianapolis. Both bands have pledged to donate all proceeds of their shows tomorrow to the victims of the unfortunate incident. 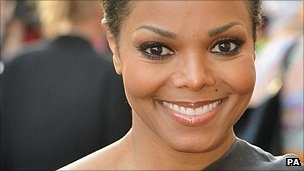 The youngest member of the Jackson family has tweeted: "Heartbroken. Prayers and love to Indiana."

Lady A's appearance, which was scheduled for August 19th will no longer be taking place."

Among the 12,000 who attended, five were killed when the grandstand collapsed, at the same time injuring 45 other concertgoers. (Click on video to see, images may be upsetting.)

The tragedy was caused by a gale (estimated up to 70mph) that swept the stage scaffolding to grounds just before country music band Sugarland was about to appear on stage. The meteorological office issued a severe thunderstorm warning minutes before the concert began.

Ticket holders are told that they will be refunded for cancelled shows.

Normally, every US state has a mega concert to celebrate the locale’s achievements and seasonal harvest, drawing superstars and attracting hundreds of thousands each year.