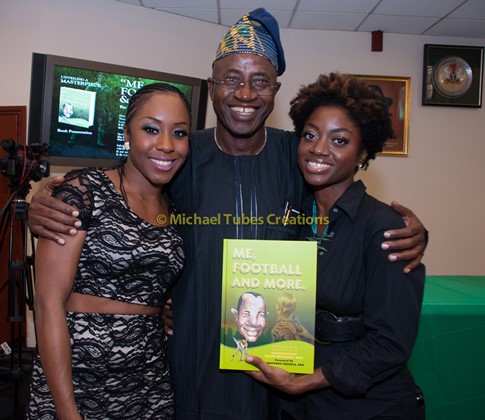 Segun Odegbami is a former super eagle whose name rang loud in the football circles in the 1980’s. He also ran a sports television show up until the late 1990’s and is an icon, no, a legend of Nigerian football.. The former footballer launched his book – Me, Football and More, at the Nigerian High Commission in London on Friday September 6th. In attendance were his daughters  May7ven and Funmi Odegbami, Nigerian high commissioner to the UK, Dr Dalhatu Sarki Tafida, CEO of BEN TV Mr Alistair Soyode, former footballer Stephen Sodje, Alexander Amosu of OK Nigeria and a number of distinguished guests. 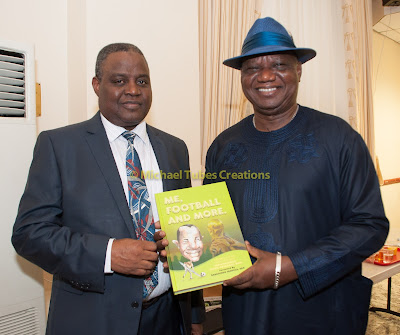 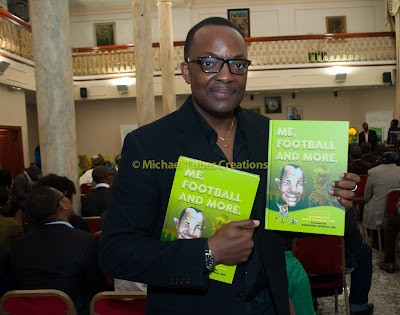 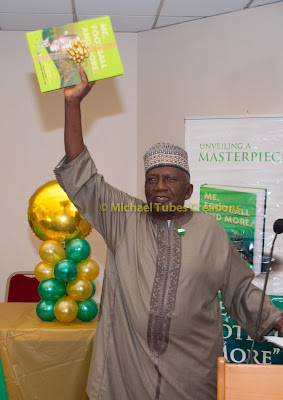